ICSC 2015 Forecast: Sunny with a Chance of Clouds in the Distance

Each year, Ravid Law Group conducts an annual survey of the top real estate brokers throughout the country following the ICSC convention in Las Vegas.  We concluded last year’s report with the following: “Every expert will tell you that real estate is cyclical. The question is how much longer and how much higher will this real estate market go. All signs seem to suggest that the market will continue to rise for the immediately foreseeable future. We would not be surprised if the market reaches new highs by this time next year. As for now, the sky’s the limit!”  Our experts proved to be spot on with their predictions.  The real estate market has not cooled off one bit.  And judging by our experts’ views this year, the immediate future of real estate will continue to be strong.  But unlike the last several years, some of our experts are a bit more cautious this time around, with predictions that things might start to level off and possibly even cool down in the coming years. 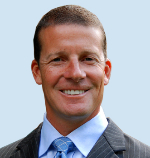 John Auber, President of the Auber Group: “There remains an appetite for growth, however, very selective and a bit cautious.  Our clients are active throughout the country and continue to remain focused on the upper end centers and streets.  The development community continues to invest heavily in their existing centers to remodel and re-merchandise to secure market share.  The outlet channel is dominating the growth of new development as the value channel continues to be very attractive to retailers and is performing well.  We are seeing these developments getting closer and closer to the full price offerings and the greater density of populations.  This sets up an interesting deployment strategy for retailers and in general we are seeing both channels serving the market place well.  From an economic perspective, there appears to be some growing concern about a correction of some sort, which we think is a factor for some conservatism on growth.”

Johnny Siegel, Partner and a Managing Member at Open Realty Advisors: “We are going to continue to see a flight to quality in malls, a broadening of outlet offerings and an effort for brands to take on emerging street locations where the rent-to-sales proposition looks less risky.  We also see more concepts emerging and more direct-to-consumer brand coming to physical locations.  However, these emerging concepts (as well as the more developed and mature ones) will be seeking lower total store counts.  Clearly all tenants would like to see a correction of the ultra-high rents on the streets.  There is still a desire to look at these great streets, but sales are not there to justify the rents.  Formerly, we saw this disconnect only on 5th Avenue and the highest of high streets.  This phenomenon is now more widespread.  While we don’t expect an immediate correction, we do expect the rate of rent increases to slow down considerably.”

Jay Luchs, Executive Vice President at Newmark Grubb Knight Frank:  “The prime streets in the most trafficked areas in the U.S. from New York to Los Angeles including the high end luxury streets as well as streets that have more contemporary fashion brands are as sought after as we’ve seen in 15 years.  There’s little vacancy, there’s high rent, and most important, the tenant mix is becoming more interesting.  There are some one off brands that will not open everywhere and they only sell on the internet or select New York or Los Angeles locations that are doing deals in select cities.  When these one off deals are made, they improve not just the street but an entire area because it shows the community – both local and tourist- that that location is important in today’s world.”

Karen Bellantoni, Vice Chairman, RKF: “We have been very busy working with new retailers entering the U.S. market.  In addition, the national tenant representation with new brands is at an all time high level. The urban markets are still active with LA, SF and Miami getting very tight on inventory.  New markets are surging in Dallas, Houston and Austin.  The rents for the urban markets continue to grow especially in New York.  We are seeing certain categories of product expand, Athleisure, watches and beauty.  Overall continued excitement in the retail arena.”

Derrick Moore, Principal – Urban Retail Properties at Avison Young:  “The real estate market continues to show strength especially within the Capital Markets, Residential, Hospitality, and Retail sectors. The abundance of low capital continues to compress cap rates for institutional purchases and expand residential development in the Urban markets. Retail continues to follow the residential development as seen in the rapidly expanding Downtown LA submarket. Creative Office expansion is showing increased demands too, although the “game changer” deal has not yet occurred. Expect to see more announcements of boutique hotels expanding their presence throughout the marketplace. Once the Fed raises interest rates (no date planned yet) we can expect some slowing, however the existing pipeline of deals will easily carry us through another twelve months of robust activity.”

Michael Townsend, President, Townsend & Associates:  “The worldwide capital markets continue to pick up steam with staggering amounts of money circling U.S. retail assets. We think some  historic basics of retail property valuations have changed the way we now view investments. Investments as equity, developer and of course the merchant.”

Houman Mahboubi, Managing Partner, BRC Advisors Commercial Real Estate: “We are heavily involved in a strengthened trend from what we experienced last year in 2014. Inventory is in a trough and the pricing is at a high crest. The development plays that have been acquired and are moving full force into construction within the last year have now confirmed our confidence for our current and future market.”

May 2021
SEE ALL PUBLICATIONS